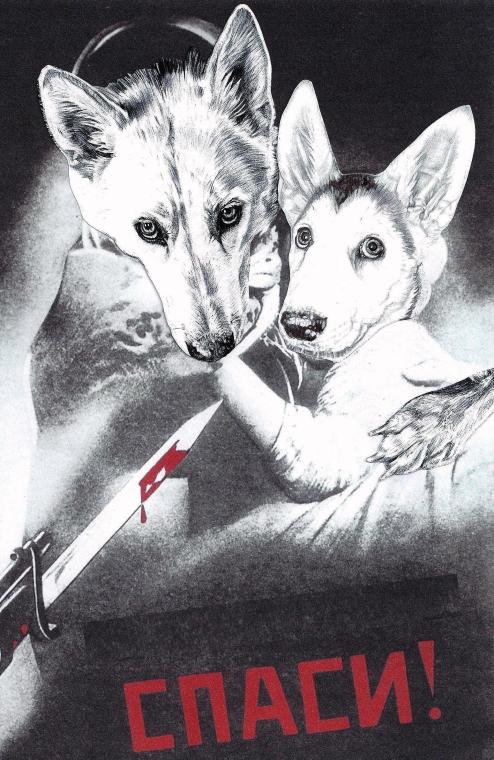 ‘”Save Us!”, Propaganda Poster’ for the Wolf’s House, photo montage by Jane Lee McCracken

Originally conceived as the design for a miniature poster to adorn the interior walls of ‘The Wolf’s House’,  ‘”Save Us!” Propaganda Poster’ is a photo montage using prints of my original black Biro drawings of Lily, as a puppy and as a mature dog.  Her lupine features as well as her trusting expression seemed to lend perfectly to the theme of the poster.

The foundation for this piece is the famous Soviet World War II propaganda poster by Viktor Koretsky, “Red Army Soldiers, Save Us!”, 1942.  Although the Russian cyrillic translation for “Red Army Soldiers” has been removed from the design, I have left a trace of where it was originally placed, indicating the war I envisaged the inhabitants of The Wolf’s House to be planning or already waging against humans.  Retaining the Russian translation for “Save Us!” from Koretsky’s original poster in my design, incites a message that is woven throughout the symbolism of The Wolf’s House, promoting conservation of threatened species. 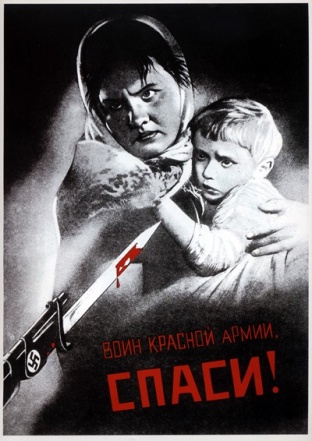 The Kafka-esque images I imagined of wolves holding secret meetings in ‘The Wolf’s House’, planning their epic battle against humans were perhaps triggered not only by my drawing of 2010,  “TV Screen III – ‘East Meets West, Forests’ Memories'” but also by my husband’s description of  the music video for ‘There, There’, 2003, whilst we were listening to Radiohead’s ‘Hail to the Thief’ during a car journey to Scotland.  His description was powerful as I didn’t get round to watching the video until last year, a year after the creation of The Wolf’s House. 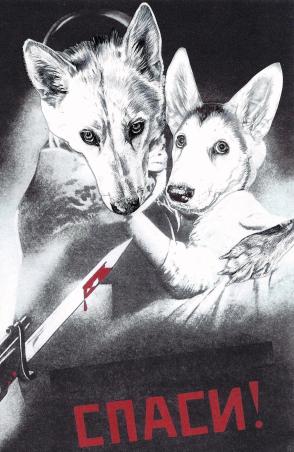 Luxury Archival Pigment Prints of ‘Save Us!’ made by the excellent Jack Lowe studio are available to order from my website

4 thoughts on ““Save Us!” – The Wolves Propaganda Poster”